In this article, you will learn how to request an existing employee to take self role alignment.

When you request an employee to take the self role alignment, they will be evaluating what they think are successful characteristics for this role. This is the exact same assessment as the role alignment assessment when you add it to a candidate or existing employee, but instead it will show a comparison between the employee's DISC score and what they think is important for the role. 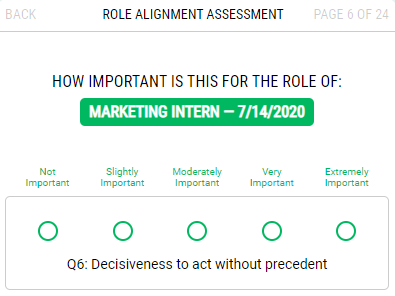 Start in your ADMIN Dashboard, click "All People in Organization", and then click on the employee you are looking for. From here, all you have to do is click "Request Self Role Alignment". 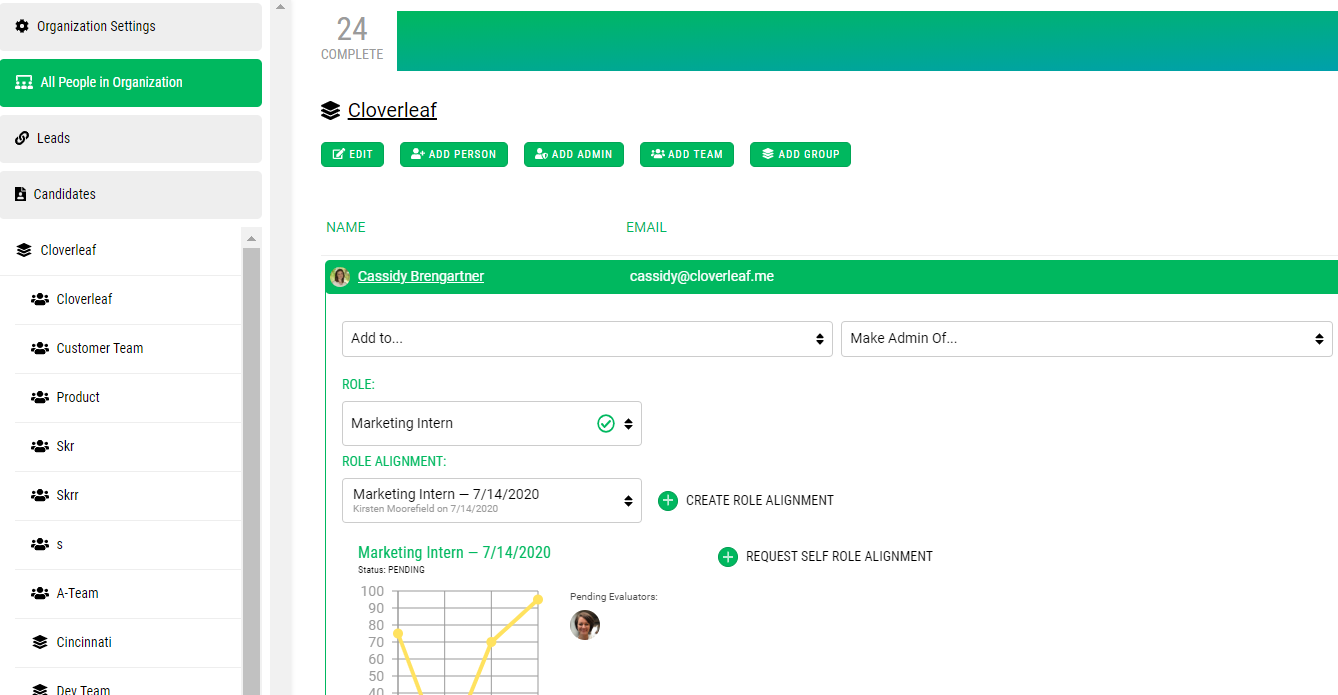 This comparison shows what you an other evaluators see as important and expect from someone in the role versus what the existing employee sees as important and expects to be doing in the role. This does not in any way mean that they are not a good fit for the role, it is simply to create conversation around the differences in the scores and the expectations of the role.

Coming soon: Questions surrounding the differences between the existing employee's self role alignment and the role alignment completed by the manager for successful conversations about expectations in the role.